Born in Tokyo and raised in Kamakura. At the age of 26, he set the record for 176 days of history, the youngest in the history of a single round of the port. Since then, he has been challenging tough races. In 2007, he became the first Asian to participate in class 5 of the "1OCEANS" solo yacht race around the world, ranking second overall. He has been a leader of the World Natural Heritage Project for Elementary School students for many years, and conveys the importance of dreams and the rigors of nature. 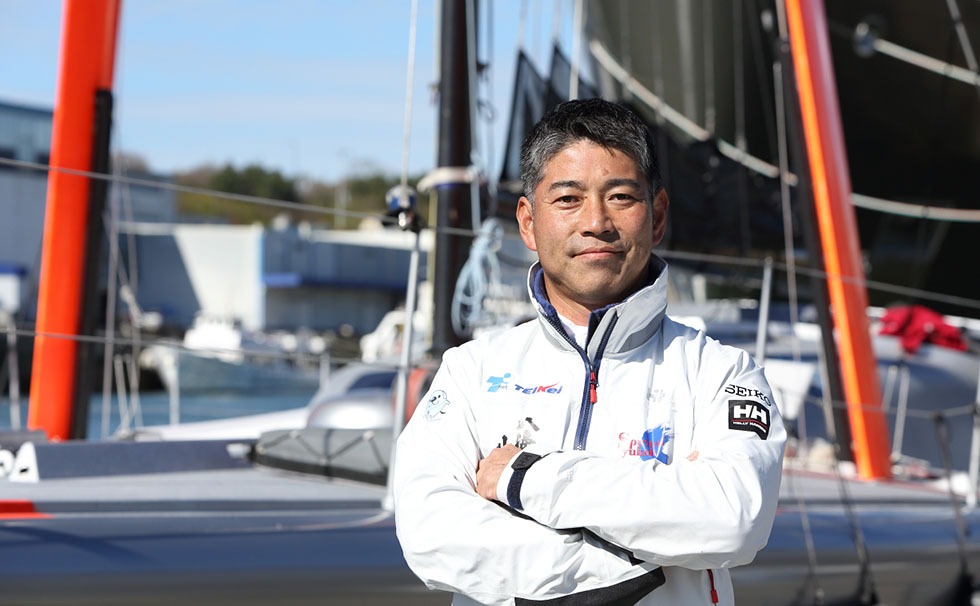 This is a single non-calling yacht race around the world, invented by Philippe Janteau, who has won the BOC Challenge (single yacht with port call) twice. The tournament has been held once every four years since 2, and this is the eighth tournament. The race started on January 1989th, 4, from the “Les Sables-d'Olonne” in Vendée, France, and took around 8 days (approximately 2016 hours) to go around the world with no port of call and no resupply. This is a yacht speed race aiming for a new Les Sables-d'Olonne.