The Lady of the Sea "Cynara"

Lady of the Sea "Sinara"

The rare vintage yacht "Sinara" built in 1927 in the UK.
It is called "the noble lady of the sea" because of the beauty of its sailing appearance, and even in the modern times when time has passed, it is not possible to win the hearts of people.
Successive owners and "good old Cinara" that should be called treasure that the world entrusted to us
In order to polish up carefully and leave it for the next generation, we launched a restoration project in February 2015,
In January 90, when Shinara reached the age of 2017, restoration work was started from the sea.
In this restoration project, based on the philosophy of "Riviera Future Creation Project" aiming for a sustainable society committed to SDGs,
About 100% of the materials used at the time of construction 8 years ago are left, and more than 100 years of life will be brought to life.

The History of Cynara 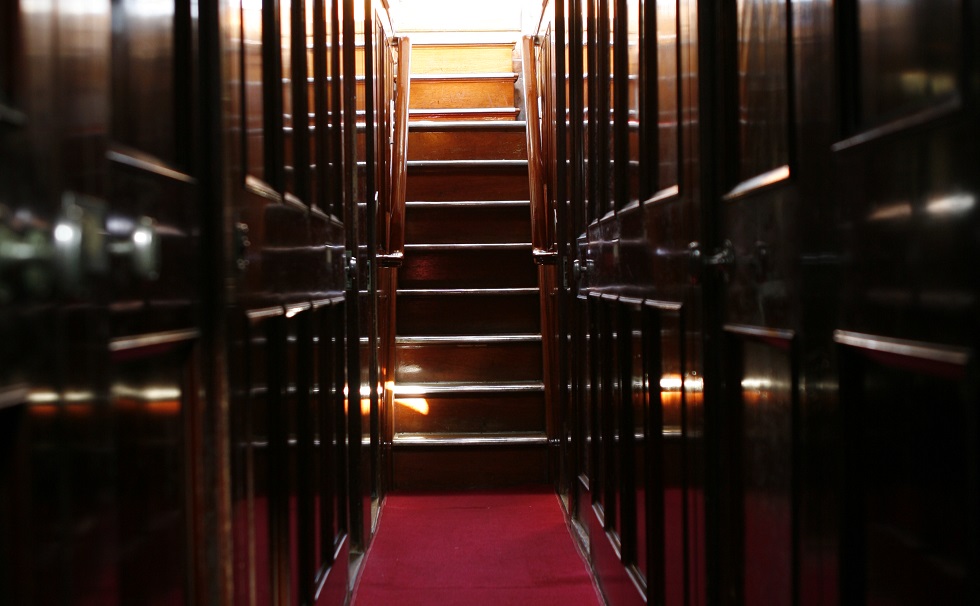 "Sinara" is a classic yacht that is classified as a Vintage yacht (a sailboat that has been completed for nearly 100 years and has a high degree of perfection). The elegance of design and shipbuilding technology is evident everywhere in the structure, perfect from the largest wood parts to the smallest nails. Craftsmen take great pride in their technology, even when it is completely invisible when completed.
The sailing ship "Cinara" was built in England over a dozen years, starting with the examination and procurement of timber, based on the belief of the original owner, "building the best yacht in the world", and in April 1927 England. Launched near Southampton. Then, after passing through the successive owners, he left Limington, England in 4, crossed the Atlantic Ocean, the Caribbean Sea, the Panama Canal, and the Pacific Ocean, and after a 1973-day voyage, arrived in Miura, Japan. And now, at the same time as the business succession, it is a famous boat that has been owned by the Riviera Group since 195.
It is no exaggeration to say that the sea lady "Cinara" was born to be the most beautiful yacht in the world.
At the same time as highly appreciating its beauty, we would like to convey the charm of a wonderful classic yacht to future times.

Cinara was designed by Charles Nicholson, one of the most famous yacht designers in the first half of the 20th century.
Despite the shallow draft, Cinara has all the design elements of the most seaworthy yacht he has created. In addition, history has proved to be a marvelous ship that boasts high speeds and is capable of offshore sailing even in rough weather.
In addition, the Camper and Nicholsons Shipyard designers had a deep understanding of what yacht enthusiasts were looking for and knew how to effectively use the elements of nature to create the most comfortable situation. Therefore, by scrutinizing how each part of the yacht is designed, we can still learn many teachings, including the lifestyle of the time. Only when you understand the idea behind their design can you get a glimpse of the intelligence behind the design concept. 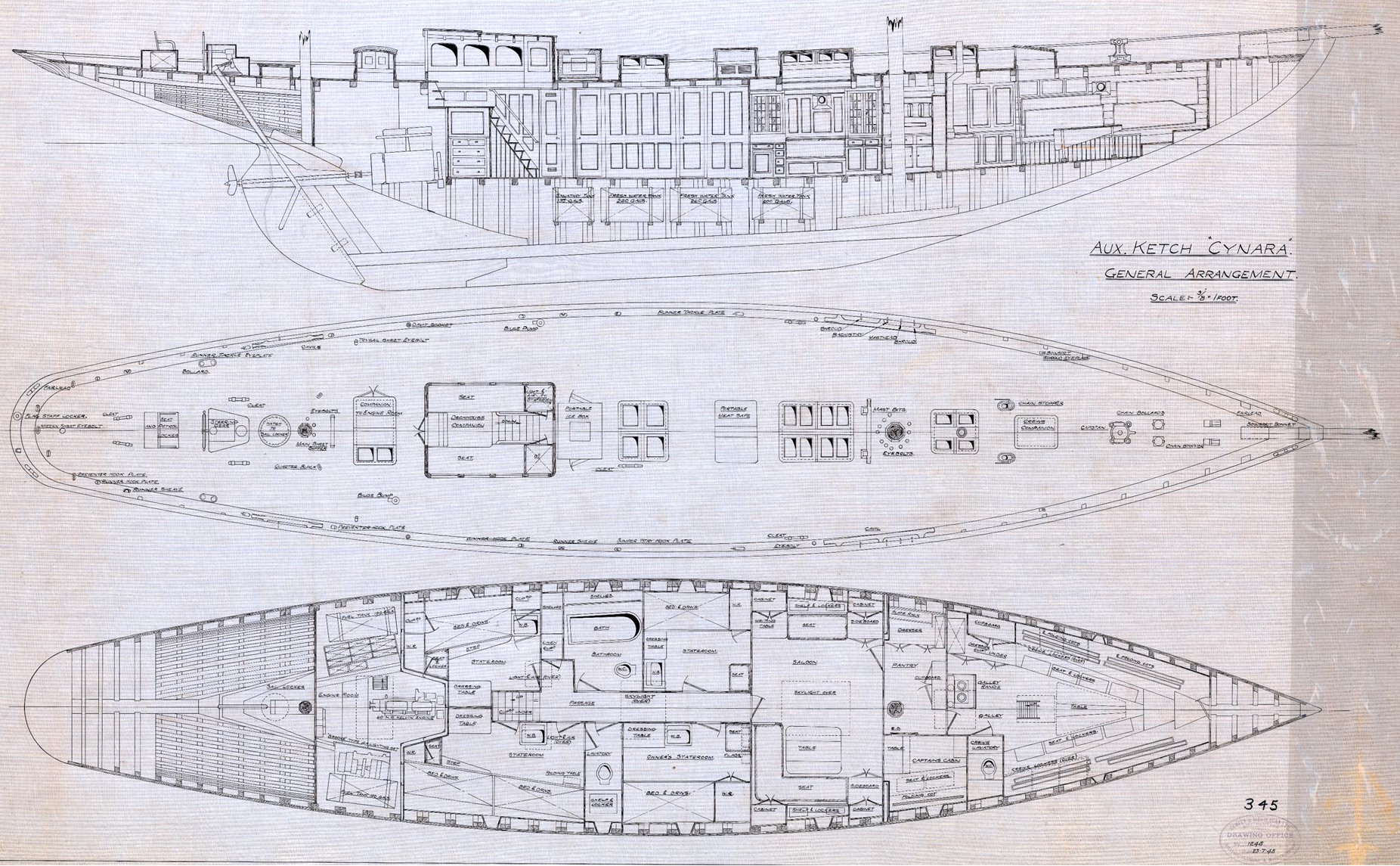 Click here for details on the "Sinara" restoration project 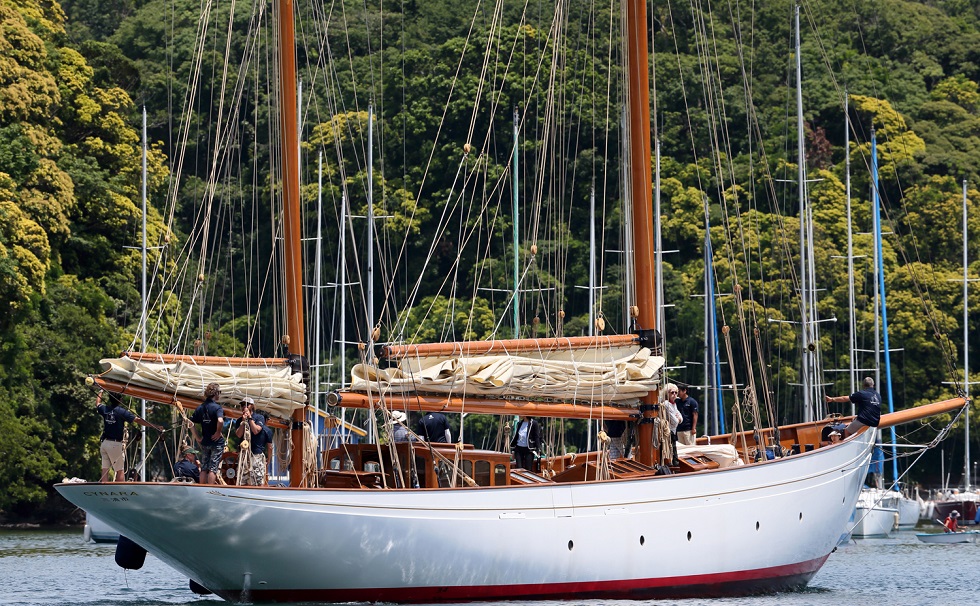 The flagship of the Riviera Group, Cinara is a wonderful treasure the world has entrusted to us. Our dream was to return the ship to its original condition as much as possible and launch it again into the beautiful Sagami Bay, which is a sailing venue for the Tokyo Olympics and overlooks Mt. Fuji. We have been holding on to this dream ever since we launched a restoration project in February 2015, and since Cinara was 2 years old in January 90, when she started the restoration work from the sea.
The 1920s were at the height of the construction and design of British sailing vessels, and they are a living example of traditional technology and creativity. The restoration of this yacht, a testimony to the work of the people who built it and the finest craftsmanship that has been going on for over 90 years, was a truly rewarding project.

Bringing a Classic Yacht Back to Life

Built in 1927 by the then-largest shipbuilding company Camper and Nicholsons near Southampton, England, the sailing ship "Cinara" was born.
For the next 90 years, as a lady of the sea, "Cinara" gracefully sailed through the oceans of the Atlantic, Mediterranean, Caribbean and Pacific oceans, marking a long history of sailing and various adventures. .. We, the Riviera Group, have been working on the complete restoration (restoration) of this beautiful sailing ship so that it will once again regain its former glory as a true "lady of the sea". We hope that this project will not only keep Cinara active for the next 100 years, but will also be a valuable asset for future generations of shipbuilders, sailors and yacht enthusiasts. .. 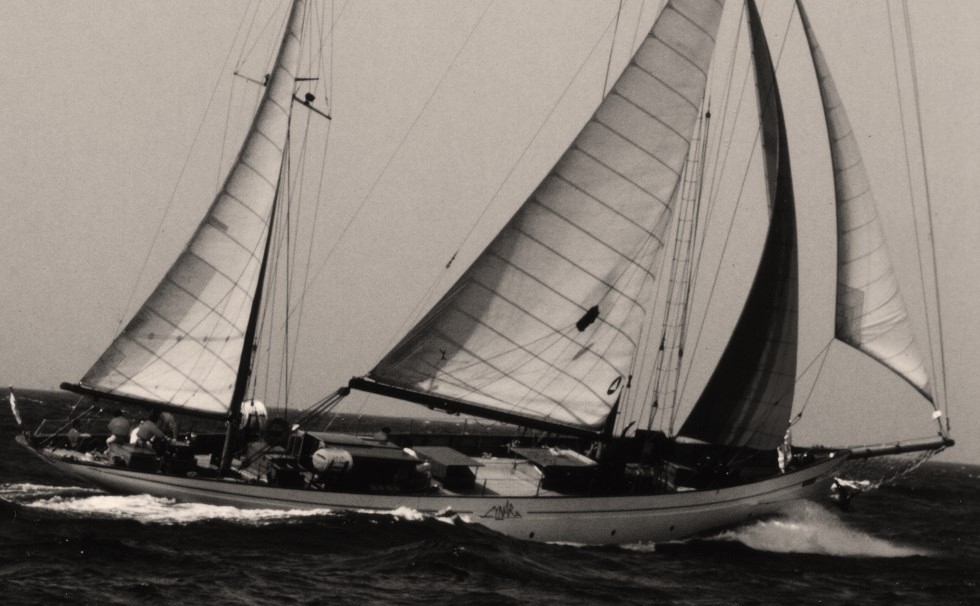 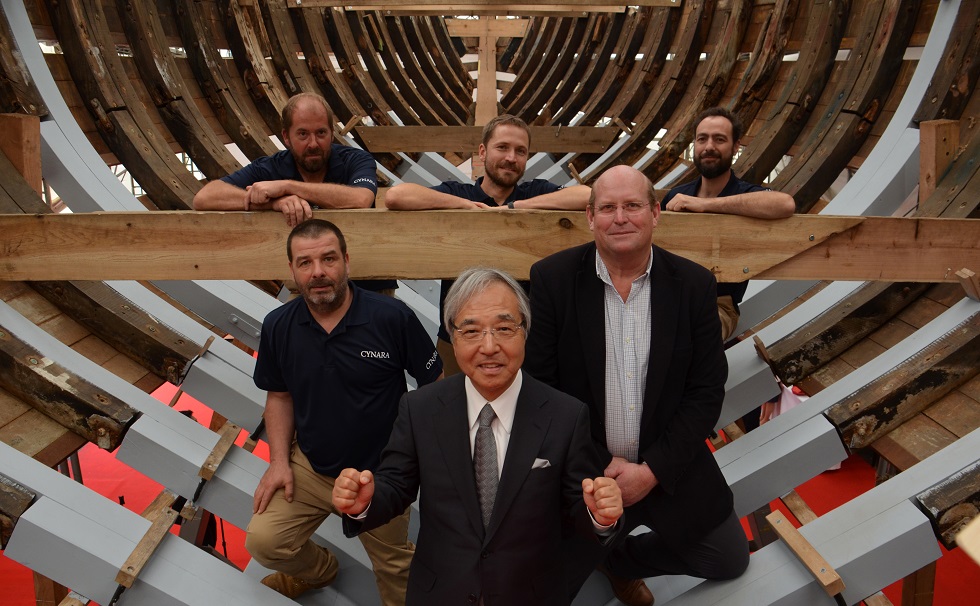 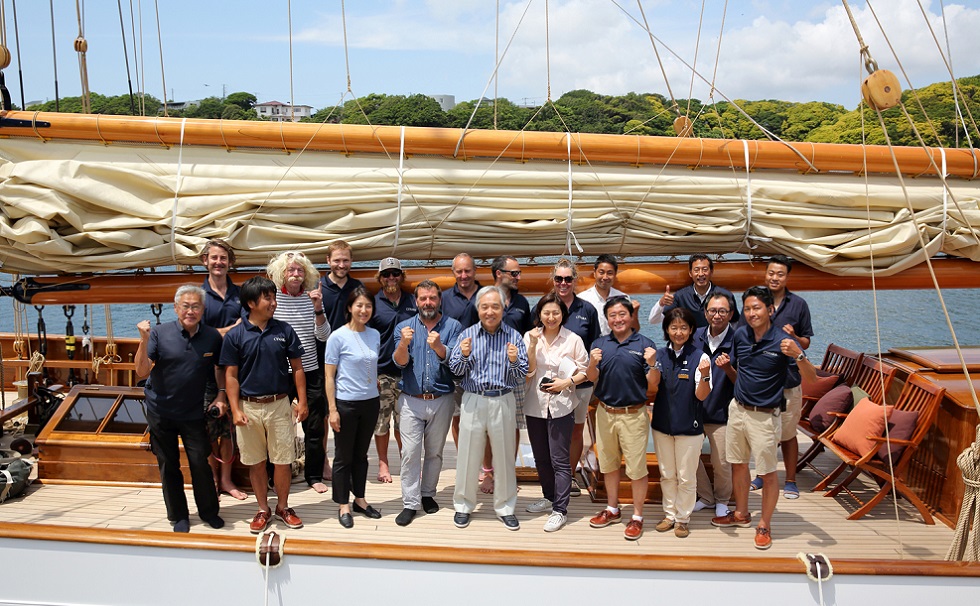 I believe there is a romance that can only be enjoyed by standing on the deck facing the ocean and catching the sea breeze.
For that reason, it is my mission, inherited by successive owners, to preserve the rare vintage yachts in the world and to sail with a sail.
This restoration project will leave about 100% of the materials that were used 8 years ago when it was built, and will bring more than 90 years of life to the 100-year-old Shinara. Based on the philosophy of the "Riviera Future Creation Project", which is committed to a sustainable society committed to the SDGs, we carefully polish this historic Sinar and leave it for the next generation. Then, we will carefully record the technology and craftsmanship incorporated in the ship, and pass it on to future generations as an asset in the environmental and marine fields.
Born in England in 1927 and loved by successive owners, the sea lady "Sinara" is now owned by the Riviera. I am also grateful to Shinara, who I met at the timing of the restoration, and the encounter with 10 craftsmen from 50 countries in the world who passed down the technology in this country where there are no restoration specialists. It couldn't have been possible without them. We would like to express our sincere gratitude to everyone who supported us and let us know that it was fruitful.